The Gulf of Aden "Pirate Alley"

Today we are: At Sea - after leaving Salalah, Oman we will be at sea for 4 days going through the Red Sea, then The Gulf of Aden, sometimes called "Pirate Alley" when the Captain will put "the peddle to the metal" and get the ship past this area ASAP!

Wow, what a difference in air temperature today! It feels like 20 degrees cooler than yesterday and very windy! 28&deg;C - We changed into long pants and shirts, put on our socks and sneakers after breakfast. But today's forecast is Mostly Sunny with high temperature: 94&deg;F (34.4&deg;C) Sunrise 5:21 am - Sunset 6:37 pm.

Today we have been instructed to attend a drill to prepare us for our ships passage through the Gulf of Aden. Pirate activity has occurred in this area during the past few years. Between the 21st and 23rd, we will be traveling through the area where the piracy activity has taken place. We were given a letter the first day of the Suez Canal Cruise with explanations and instructions. All we are asked to do is to keep our stateroom curtains closed and balcony lights off from sunset to sunrise. The Captain and officers will be monitoring this from the bridge to make sure any stateroom was not accidentally left with the curtains open and the lights on. There's always somebody who can't follow instructions. The reason for this is not for to keep pirates from seeing us, but to improve the crew's ability to look out into the sea at night. We will likely encounter many small fishing boats. Out of simple curiosity some of these boats may sail in our direction. If that happens, steps will be taken to keep them at a distance, including changing our course, or even weaving from side to side to discourage them from getting too close. The Captain said not to be concerned over these actions, however, in the event that we encounter pirates, an announcement will be made for us to move away from the sides of the ship. Should this be necessary, for us to please remain calm and quickly follow instructions. The code "Safe Haven" will be used and further guides with be given with announcements. From what they have been told from law enforcement, intelligence and military organizations this ship is quite different from ships typically targeted by pirates. In addition to being faster and more maneuverable, the ship has more trained security staff than the ships being targeted.

A couple of years ago we we were on a cruise in the Mediterranean and I talked to a couple who had been on the ship we were on from Dubai, they were telling us they had total blackout on the ship for 5 days, because of a pirate ship following them. it must have been through the Gulf of Aden. After that cruise, I checked frequently for cruises with Royal Caribbean to Dubai but it was taken off the map in this area. As far as I can tell, this transitional cruise is the first one that's been offered since, I booked it immediately! It's been pretty quiet in this area for the last six months.

I can't find my seapass card so I had to get a replacement from Guest Relations, then I decided to purchase a lanyard for it at the Gift Shop Marketplace for $6.95. I still have OBC so it was actually free.

Afternoon Movie: St Vincent - A young boy whose parents have just divorced finds an unlikely friend and mentor in the misanthropic, bawdy, hedonistic war veteran who lives next door. Broadway Melodies Theater, 12:30 pm After the movie we noticed Jan and Jennie (Neighbors from Laguna Beach) sitting in the same row of seats as us. We sat and talked with them until the next event in the theater.

Tonight's Broadway Melodies Theater Entertainment: The Ultimate 60's Experience, The Revolvers at 9:00 pm. Later 1st show tonight because of Captain Gustavo Feduzi Welcome Aboard Reception and Pictures with the Captain at 7:30 pm - 8:30 pm. During this event complimentary champagne is served. 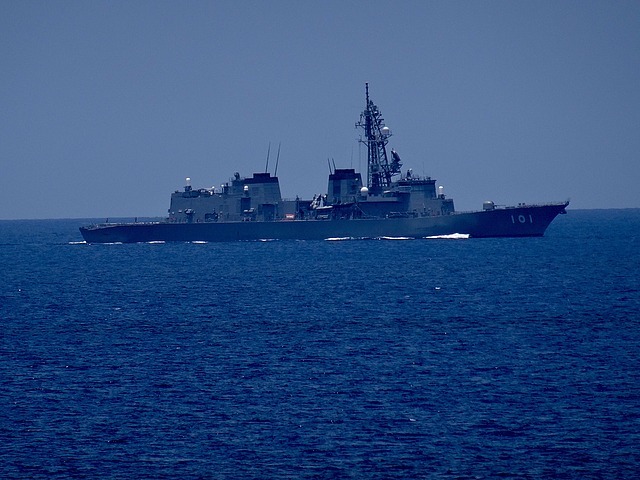 Must be a Naval Ship Escort 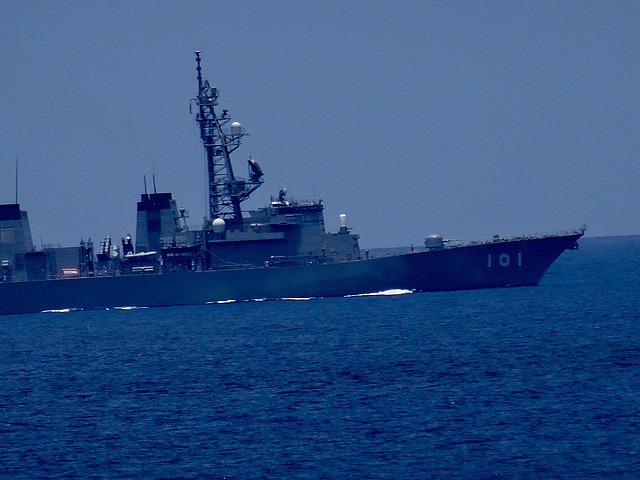 Is that a Rocket Launcher Onboard?

Posted by 2seniortraveler 17:00 Archived in Somalia

Previous Next Table of contents

This blog requires you to be a logged in member of Travellerspoint to place comments.

If you aren't a member of Travellerspoint yet, you can join for free.